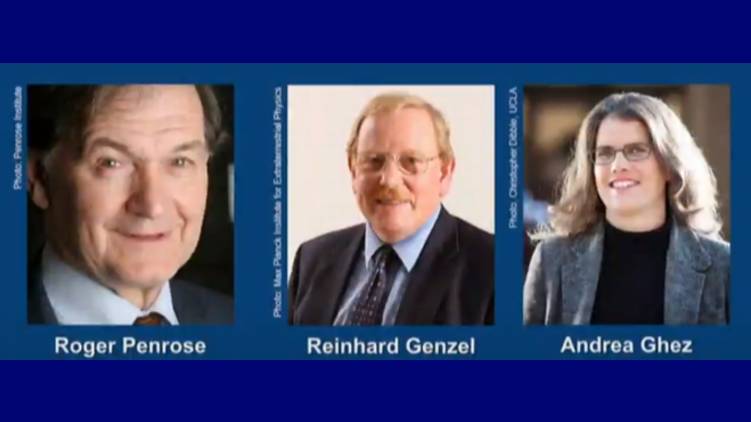 Three people have been awarded the Nobel Prize in Physics this year. The award was shared by Roger Penrose from Great Britain, Reinhard Jensel from Germany, and Andrea Guess from the United States.