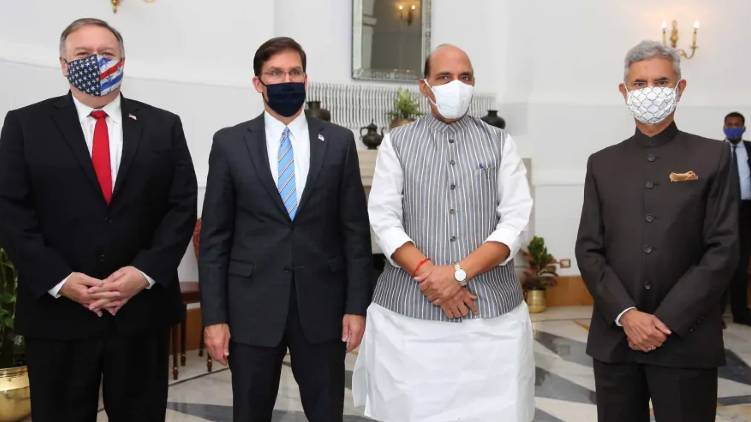 The agreement covers matters including the exchange of military technology and aerial ground maps. Defense Minister Rajnath Singh said that Karan was part of a crucial movement between the two countries and that military ties between India and the United States were progressing well. Both countries are committed to peace and security in the Indo-Pacific region. He also added that the agreement was reaffirmed.

Mike Pompeo said after the agreement was signed that steps were being taken to strengthen cooperation between India and the United States and to address not only the threat posed by the Chinese Communist Party, but all other threats. Mike Pompeo added that the two countries have been able to expand cyber ties and conduct joint naval exercises in the Indian Ocean.